A 27-year-old man named I Gede Sudarma has been arrested by Bali police officers after stealing dozens of laptops from a school in Petang, Badung.

The Head of the Petang Police Department, AKP Ketut Gita confirmed that the suspect who has been laid-off from the hotel where he used to work was arrested along with his brother in law, I Kadek Fendi Apriadi (aged 27) from two separate locations in Denpasar. “The suspects were arrested at two separate locations on the same day on June 1st 2021.” AKP Gita said on Monday (7/6). The investigation began when the police received a report from Sulangai 4 Elementary School regarding the incident that caused them to lose 22 laptops from the school building.

After collecting information from a witness, the investigation led to the suspects who had stolen laptops from the same school two other times already. “Both suspects have done it twice, the first time was on May 15th and the second time was on May 27th 2021.” AKP Gita added. Sudarma was finally arrested from his boarding house that is located on Jalan Gunung Soputan, Denpasar on June 1st at 8:00pm, and Apriadi was also arrested on the same day from his house that is located on Jalan Subita, East Denpasar around 9:00pm. The suspects admitted that they decided to commit crime due to their financial problems since the Covid-19 pandemic struck.

“The suspects are being detained along with evidence such as laptops, cellphones, 2 pieces of iron wire that they used to break the lock and a car that they rented. They could possibly face 7 years imprisonment for the crimes committed.” AKP Gita concluded. Meanwhile the Headmaster of Sulangai 4 Elementary School, I Ketut Mundra said that the schools operations have been disrupted by this incident, as the teachers have been using the laptops for attending virtual classes during the Covid-19 pandemic. 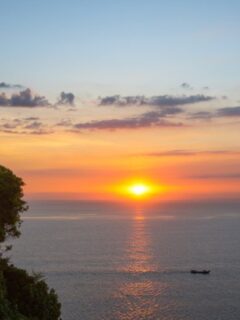 Previous
A Man In Bali Has Died While Cleaning A Sewer 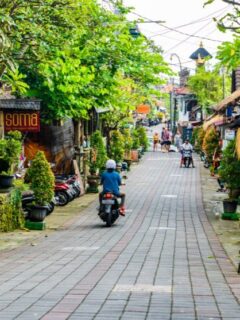 He will get his home office in Kerobokan jail.