Eight Officials In Bali Suspected For Corruption And Embezzlement

Eight officials from the Buleleng Tourism Agency have been identified as suspects for exploiting the National Economic Recovery Grant (PEN) assistance for tourism.

The financial assistance was allotted to recover the tourism sector of Bali. According to Buleleng District Attorney, the suspects embezzled nearly USD 50,000 from tourism projects in Buleleng.

Previously, the central government had granted cash assistance for several regions in Bali, including Buleleng. The suspects in question work for the Buleleng Tourism Agency (Dispar) and decided to manipulate projects that were initiated to help the tourism sector.

After investigating the case, the Head of Buleleng District Attorney, I Putu Gede Astawa, finally announced the identity of all the suspects on Thursday afternoon (11/2).

The suspects have been identified as Made SN, Ni Nyoman AW, Putu S, Nyoman S, IGA MA, Kadek W, I Nyoman GG, and Putu B.

“All of them were active government officials from Buleleng Tourism Agency,” Astawa said.

He explained that the suspects were manipulating funds that should have been spent on tourism revitalization and promotion programs.

“The funds for the technical guidance program to implement prevention protocols in hotels and restaurants were being corrupted as well as the funds for Buleleng Explore program to promote our region for domestic tourism,” Astawa added.

According to their analysis, there has been an estimated loss of at least USD 46,690 (IDR 650 million) from misuse of funds.

“From our total loss, the suspects have returned around USD 26,832 (IDR 377 million) on Thursday (11/2), while the rest of it is still being held by vendors that cooperated with these suspects to manipulate these projects,” Astawa concluded.

“We are concerned, but we must continue to fight because in the end millions of Balinese people expect the government to come to help them. We will collaborate with the KPK, BPK, (Corruption Eradication Commission). All of us have to make sure that there is no misallocation or potential of corruption,” Sandiaga said on Friday(12/2). 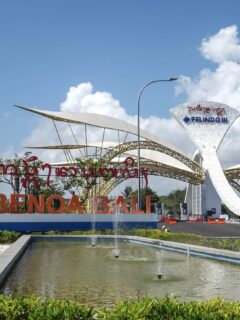 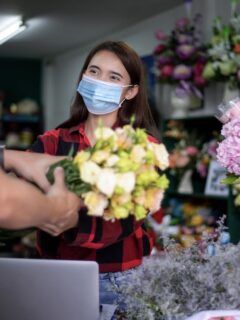 Next
Florists Lose Business On Valentine's Day Due To Partial Lockdown In Bali
Click here to cancel reply.

wake up , this happens all over bali . balinese can not be trusted with large amounts of money . look into all other area's its not just buleleng .

Hi. Good on you working on ceasing corruption within your own ranks. It's been the usual for years, looks as though good honest officers are serious about ending government money not been allocated and used by corrupt personnel.

More officials stealing money unbelievable, the people are starving with no support from the Bali government and yet corrupt officials can help themselves to lots of free money. From day one of this pandemic the response from the Balinese government and officials has been nothing short of disgraceful, all these announcements of infrastructure projects and tourism promotions,you still don’t get it after nearly 11 months there are no masses International tourists coming to save Bali and it’s people the only way is if the government lifts its game and starts feeding and looking after its biggest asset it’s PEOPLE so far you have failed miserably to support your own people SHAME on you.