The Bangli COVID-19 Task Force has decided to isolate the entire village of Abuan, Bali.

After hundreds tested positive to coronavirus antibodies during rapid testing on Thursday and Friday, the swab testing on the reactive cases has eventually returned 24 positive Covid-19 cases in the three banjars of Abuan village.

During the isolation period, residents in Abuan Village are not allowed to leave the house and especially not allowed outside the village area. Police and military are on guard, surrounding the village.

On Friday, the District Covid-19 Task Force had only isolated one banjar in Abuan village, namely Banjar Serokadan, but that is now three banjars.

Bangli Task Force spokesman, I Wayan Dirgayusa on Saturday afternoon said that Abuan Village, consisting of three banjars, namely Serokadan, Abuan and Sala, has been placed in quarantine for the next fourteen days.

“The Task Force considered the isolation of the entire village was necessary because the number of Covid-19 positive cases was relatively high and there were positive cases in each banjar. Previously it was only Serokadan Banjar, but starting today the whole village of Abuan has been isolated,” he explained to Bali Post. 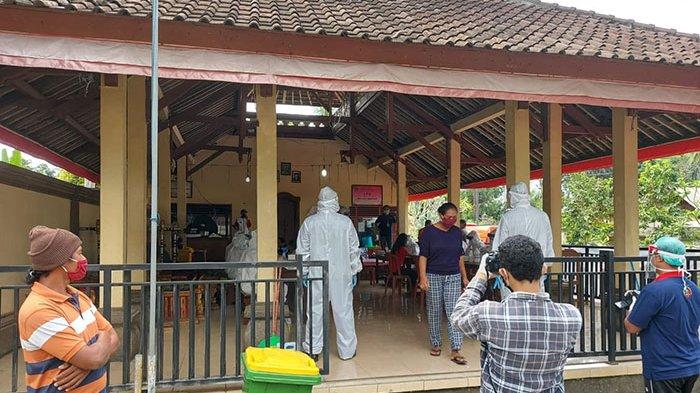 The food needs of all residents are being met by the District Covid-19 Task Force. For residents in Serokadan, their food needs are supplied through public kitchens. As for residents in Banjar Abuan and Sala, basic food was being distributed.

“This was decided by the chairman. And the reason it is different for each banjar is that Serokadan is being monitored more stringently than the other two,” he explained.

Since Thursday, 80 percent of the residents in Abuan village (approx. 1800 people) had been rapid tested. The first swab test results came back on Friday afternoon and were all negative. Swab specimen collection continued today of 183 more people in the area. 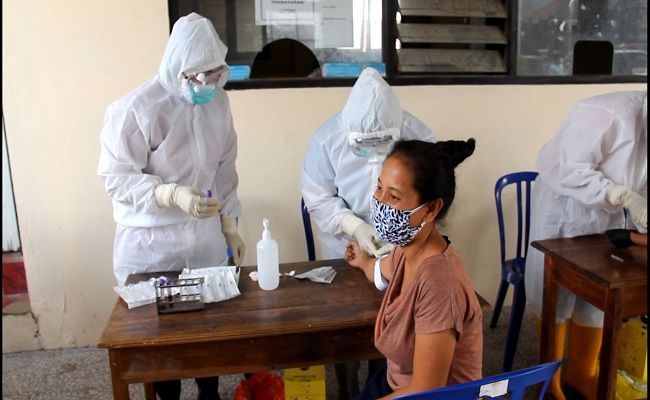 The rapid testing was carried out following the discovery of eight residents of the area were confirmed positive for COVID-19 earlier in the week. They were infected by one PMI returning migrant worker.