Bali Police Arrest Woman Who Stole From A Disabled Man

A 42-year-old woman with initial Ni Ketut AW has been arrested by police officers after stealing a gold ring from a disabled man in Klungkung.

The Head of the Klungkung Criminal Investigation Bureau, AKP Ario Seno Wimoko confirmed that after collecting information from witnesses and CCTV cameras around the scene, the suspect was finally arrested on Wednesday (16/6). “The suspect was arrested when she was on her way home to Takmung Village on Wednesday afternoon around 4:00pm.” AKP Wimoko said on Thursday (17/6).

According to information from the victim from Gunaksa Village Klungkung, the incident occurred when the suspect came to the local shop that is ran by the victim on Wednesday morning (16/6), and pretended to buy some drinks. Apparently, the suspect already knew that the man wore a gold ring as she had visited the shop prior to the incident.

Once she saw an opportunity, she grabbed the victim’s finger and forced him to give up the ring. “The suspect forced the man to give her the ring, causing the victim to suffer minor injury from the incident.” AKP Wimoko added. The victim was unable to defend himself as he has been suffering with some physical disabilities. During her action, the suspect pretended to work for the government social agency in order to persuade the victim. The suspect has been detained for violating several different constitutions, including putting on fake registration on her motorbike to deceive the police officers. 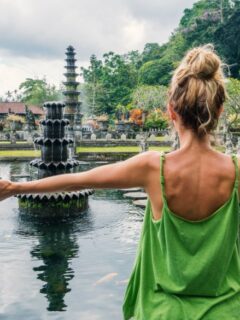 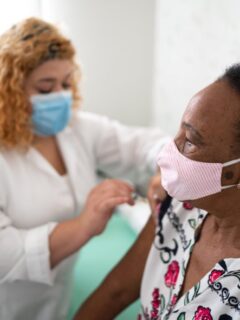 Next
Officials Confirm That 93% Of Senior Citizens In Bali Are Vaccinated
Click here to cancel reply.

Horrible, it seems that Paris Hotman would completely staying without rings in such place. - In 1980’s people wearing valuable jewelry’s without risk to be robbed.