Officials from the Denpasar city government have stated that a public kitchen will be created to help distribute food aids for the local community in Denpasar.

During a meeting that was attended by several government’s officials, Denpasar Mayor, IGN Jaya Negara confirmed that a program called Public Kitchen will be created to help feed the local community that was affected by the Covid-19 pandemic. “We will create a public kitchen to help distribute food aids directly to the local community who have been financially affected by the Covid-19 pandemic.” Jaya Negara said on Tuesday (27/7).

He explained that the city government will reach out to corporations and social communities in Denpasar to join this program in supporting each other during this hard time. “We hope that a partnership between the corporations and social community through this program will support the local community by preparing and distributing rice packages as we plan to set up the Public Kitchen at Jaba Paon that is located on Jalan Kaliasem in Denpasar.” Jaya Negara added. He reminds the people that everyone needs to start supporting each other in order to overcome this major crisis in Bali. “We really hope that this program will be a solution to help the people who previously haven’t been reached by government support.” Jaya Negara concluded.

Meanwhile the Denpasar Vice Mayor, I Kadek Agus Arya Wibawa said that he will collect data of Denpasar residents who will potentially receive the benefit from this program. “We will start collecting the data of our residents who were financially affected by the pandemic, so the food aids will be distributed right on target.” Arya Wibawa said. Arya explained that apart from the Covid-19 pandemic, the Public Kitchen program might continue to be implemented if there’s another emergency situation such as a natural disaster in Denpasar. 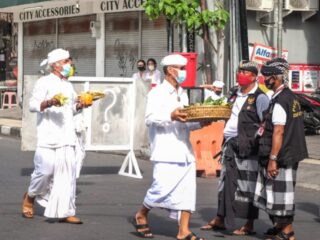 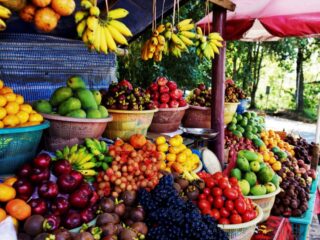 Next
Visitors Required To Show Proof Of Covid-19 Vaccine Before Entering Local Market In Bali
Click here to cancel reply.

Finally, need more and more of them.

@Wayan Bo, agreed really good move all be it a bit late. Food banks in western countries are hugely important to people who are struggling. Businesses, rich people, middle class and even many working class people donate food to these charity's which then can be collected by people in need. The goverment here can really help not just through funding but also advertising / publicity to raise awareness and encourage the people who can, to donate.