A man with initial FWS has been evicted by officials for not being able to show a Covid-19 vaccine certificate during an inspection.

FWS confirmed that officials from Gulingan Village and the Covid-19 Handling Task Force have evicted him from living in the village for not having a Covid-19 vaccine certificate. The man who has been living in Gulingan Village, Mengwi Badung confirmed that he has filed a report regarding the incident that occurred on Sunday (18/7) to the Badung Police Department with the support from Bali Legal Aid Institution.

The incident occured when officials started their inspection at the Gulingan Village on Sunday (18/7) to assure that all the residents were vaccinated. Unfortunately, officials decided to force FWS to leave the village as he was considered as an offender to the Gulingan Village’s Instruction Letter Number 470/1435 that was issued on July 15th 2021 which stated that all the non-balinese citizens would be evicted if they’re unable to show proof of a Covid-19 vaccine to authorities.

“The authorities must reconsider this instruction as they have violated my rights as an Indonesian citizen to stay in Bali. I have collected all the evidence that I will use to file a lawsuit against this discrimination as a citizen.” FWS concluded. Meanwhile the Head of Badung Public Relations Officer, Iptu Oka Bawa hasn’t made any official statement regarding this incident. 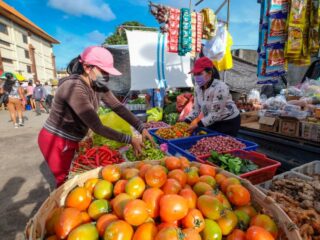 It’s obviously in the world that only livestock have to be vaccinated without there consent.

@Ben, expelling people is not only known as Germany’s speciality since WWII

This is very strange: Why does a rule apply only apply to non-Balinese? I suppose Indonesians should have equal right regardless of what island they were born on?

As I read the article he was just living there, not a domestic tourist on anything like that.