A couple from Poh Bergong Village, Buleleng were visited by authorities at their home on Thursday morning (29/7) after refusing a rapid antigen test by the medical team from a nearby clinic.

An official from the Poh Bergong Village, I Nyoman Sukrawan confirmed that authorities from the Buleleng Covid-19 Handling Task Force decided to visit the couple’s home in order to convince them to take a rapid antigen test as some of their family members were previously confirmed positive with Covid-19. “The couple refused to take the rapid antigen test when a medical team from the clinic came to their house yesterday.” Sukrawan said on Thursday (29/7).

Two days prior, officials initiated a Covid-19 test for the couple after having close contact with their kid and other relatives who were confirmed positive with Covid-19. Both of them refused the test as they don’t feel any symptoms that might appear when they’re infected with the virus. “They were not mad at the doctors yesterday but they just ignored them and refused to take the test.” Sukrawan added. After cooperating with the police, military officers, civil service officers and the Head of Buleleng Sub-district, they finally decided to visit the couple to convince them to take a rapid antigen test to prevent creating a cluster of Covid-19 transmissions as both of them have been running a small shop that could potentially create close contact with their customers.

“Thankfully, their rapid antigen test showed negative results, but they’re scheduled to conduct swab test in the next 5 days.” Sukrawan concluded. Meanwhile the Head of Military Base 1609-01/BII, Captain Inf. Wayan Nada hopes that people will be less reluctant to take a Covid-19 test in order to help the government in tracing Covid-19 patients in Buleleng. “People don’t need to worry about taking a Covid-19 test, especially after having close contact with the patients. And if they’re confirmed positive, they need to undergo isolation in a place that is provided by the government.” Captain Nada said. 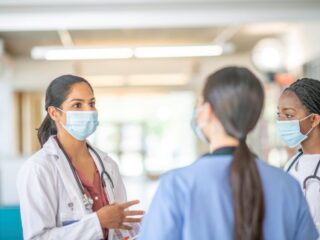 Next
A Teenager Is Missing After Falling Off A Ferry On The Bali Strait
Click here to cancel reply.