Bali Ngurah Rai Airport has reported a significant increase in passengers so far in March. The General Manager of Angkasa Pura I Ltd from Ngurah Rai Airport, Herry A.Y. Sikado said that the airport recorded a 35 percent of increase in flights compared with the data from February 2021. “We received 109,046 passengers on the middle of the March that consist of 54,777 departures and 54,269 arrivals, and that was 35% higher than the same period of time on February 2021” said Sikado on Wednesday (17/3).

He also explained that there were 644 incoming flights and 650 take offs in the first half of March, and that showed 5 percent on increase in comparison with last month. “Our data shows an increase in domestic air travel service, despite the Day of Silence celebration on the 14th of March when we had to close the airport from operating for 24 hours,” Sikado added.

Despite an increase on the number of flights that potentially could create a crowd inside the airport, Sikado admitted that his team has been consistently monitoring health protocols inside the Ngurah Rai airport facility.

“We keep assuring that everyone including the passengers comply with the health protocols while using the facility. We also placed officials from the Health Office to check the swab and rapid antigen test document from each passenger upon arrival” Sikado concluded.

In accordance with the Covid-19 Handling Task Force’s decree Number 17 Year 2021, all passengers are required to show proof of a negative PCR swab test which was taken no longer than 2 days prior to the departure or rapid antigen test document taken 24 hours prior to departure. 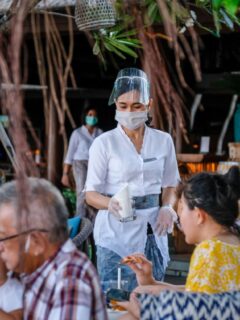 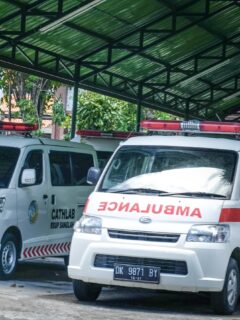 Next
Bali Reports Its First Case Of A Teenager Dying From COVID-19
Click here to cancel reply.

In post pandemic times ROYAL AIR BALI with fleet of A380's could rise those passenger numbers.