An Australian man has been fined nearly $40,000 after trying to smuggle more than 7,000 cigarettes from Bali to Perth.

He planned on selling the cigarettes to his friends back home for a profit.

The 34-year-old admitted to packing 36 cigarette cartons into his luggage for a flight into Perth International Airport from Bali on November 18, 2018.

The maximum number of cigarettes a passenger can bring into Australia from Indonesia is 25 and the man was caught with 7,200 cigarettes between his two suitcases.

Perth Magistrates Court heard the unemployed property broker planned to sell the cigarettes to his friends for $150 per carton, after buying them for $25 each at a supermarket in Kuta.

‘Our officers are alert to travellers attempting to bring in more than their duty free allowance of cigarettes and tobacco, and the consequences for those caught can be severe.

‘This attempt to evade approximately $5,800 in Duty has ended up costing the man almost seven times that amount.’

The man’s incoming passenger card did not declare that he was over the maximum amount for cigarettes. 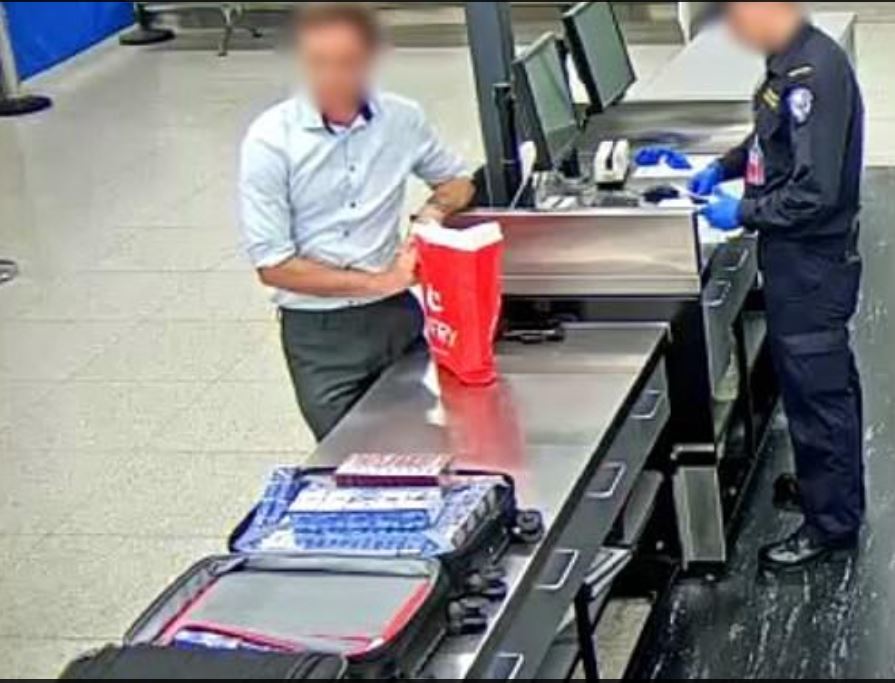