A 75-year-old woman named Ni Wayan Rungrung has died after falling into a well 22 meters in depth at her house that is located in Kelusa Village, Payangan Gianyar.

The Head of Payangan Police Department, AKP Putu Agus Ady Wijaya confirmed the incident that occured on Sunday early morning (25/4) around 3:00am. “According to information from Rungrung’s son, I Wayan Karja explained that he heard a noise that sounded like something had fallen in his backyard around 3:00am, but he ignored it as he thought that it was just a cat.” AKP Wijaya said.

A few hours later when Karja woke up from his bed, he became suspicious as he didn’t see his mother and it was already 8am. “Shortly after, I decided to check out her bed room but I didn’t find her either.” Karja said. After that he began searching his house and then he finally found Rungrung inside the 22 meters deep well using his flashlight. Shortly after, officials from Search and Rescue Team, Police Officers, Regional Disasater Management Agency and some medical personnel came to the location to start retrive the body.

AKP Wijaya admitted that the evacuation process was pretty difficult due to the depth of the well and the weight of the body. “The officials have finally managed to evacuate the body after a few hours, but the family refused to transport the body to the hospital for further investigation as they already accepted this incident and will begin the funeral process.” AKP Wijaya concluded. 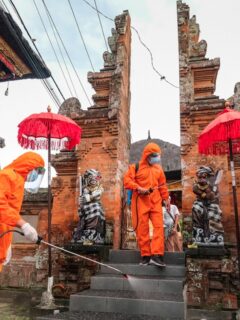 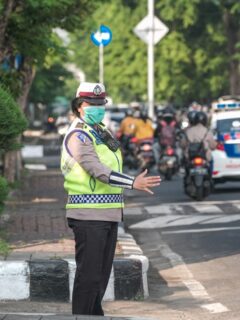 Next
Bali Officials May Penalize Grocery Store For Being Tricked By Expat With Painted Face Mask
Click here to cancel reply.