A Man Was Arrested After Breaking Into An Expats Villa

A 62-year-old man named Purwadi from Banyuwangi, East Java has been arrested after breaking into a villa in Pererenan, Canggu.

The Head of Mengwi Criminal Investigation Bureau, Iptu I Ketut Wiwin Wirahadi said that the suspect was arrested by Mengwi Police Department at his parent’s house in Singotrunan Village Banyuwangi, East Java on Tuesday (30/3). The officers began their investigation after receiving a report from foregin national, Houghton Mathew James (49) from North Ireland stating that his villa in Pererenan had been broken into.

“James filed a report after somebody broke into his villa in Pererenan while he was asleep on Wednesday November 11th 2020.” Iptu Wirahadi said on Friday (9/4). During the incident, the suspect managed to steal some valuable items from James’ villa such as a laptop, 1 Samsung cell phone and 1 Ipad Air with an estimated value around USD 500 (IDR 8 million).

During the interrogation, the suspect admitted that his girlfriend with the initials (RH) assisted him by providing a motorbike to flee from the crime scene. “A 27-year-old woman with initials RH from Bandung, Est Java is now considered a fugitive as his accomplice. Purwadi also admitted that he committed the crime due to his poor financial situation.” Wirahadi concluded. The suspect explained that he managed to break into the villa by climbing the wall to gain access inside the property through an unlocked living room’s door and then escaped through the same way. 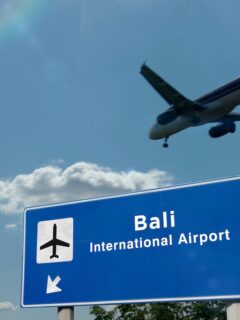 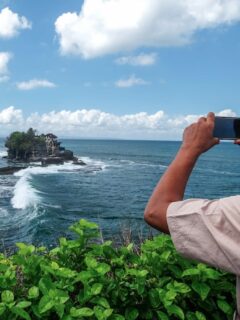 The financial situation is becoming worsted, in Jamaica prostitutes offering already there services for about US $ 3.-