11 Dolphins Stranded On Two Bali Beaches In One Night

11 dolphins have been stranded on Jumpai Beach and Batu Tumpeng Beach in Bali on Thursday evening (27/5).

The Head of the Klungkung Disaster Management Agency (BPBD), Putu Widiada confirmed that the incident occurred from Thursday afternoon until late in the evening. Officials predicted that the phenomenon was caused by some large waves that have been striking beaches in the southern Bali area over the last several days due to the full moon.

Villagers who spotted the incident attempted to rescue the dolphins from the beach, but they were struggling to do so as more dolphins were coming and getting stranded on the shore. “There were a total of 11 dolphins that were stranded on both Jumpai Beach and Batu Tumpeng Beach until midnight.” Widiada said on Thursday evening (27/5). Some of the dolphins were also injured after getting scratched by the corals on the beach area.

After several hours of struggling to save them, officials from the Klungkung BPBD and the nearby villagers managed to release 10 of the dolphins back into the ocean. “We decided to release ten of them and kept the other one inside a puddle that we created to keep it safe due to serious injury that the dolphin sustained from the incident. We plan to release it tomorrow morning when it regains its strength to swim back to the ocean.” Widiada concluded. 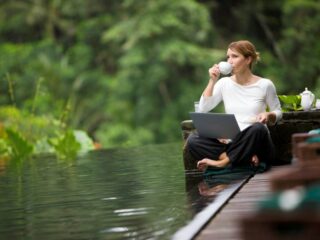 Previous
Bali Government Is Optimistic With The "Work From Bali" Program 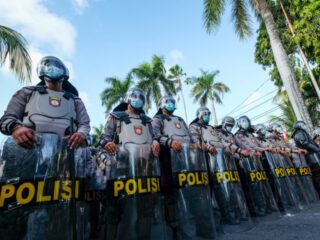 Next
Russian National Arrested For Attempting To Smuggle Drugs Into Bali
Click here to cancel reply.