Two domestic visitors have been rescued after getting caught by large waves on Kelingking Beach, Nusa Penida.

The Head of Public Relations Officer, AKP I Putu Gede Ardana confirmed that two domestic tourists who have been identified as a 25-year-old man named Abdurrahman Ridho from Batam and a 24-year-old woman named Dewi Amelia from Jakarta were saved by other tourists when the incident occured on Sunday (8/8). “Both of them were caught by large waves while they were swimming at Kelingking Beach on Sunday morning around 11:30am, but thankfully other visitors managed to save them from the raging sea.” AKP Ardana said.

According to the information from the witness, when the couple arrived at the location, both of them decided to go down the cliff that was 300 meters in height in order to reach Kelingking Beach during their vacation. Once they reached the bottom, they plunged themselves to the ocean without being aware of the potential dangers. A few moments later, Ridho noticed that Dewi was caught by the large waves, so he immediately swam towards his friend. Unfortunately, Ridho was unable to save his friend as he was also caught by the waves.

“Thankfully, several tourists who spotted the couple struggling to swim back to the shore managed to rescue the couple and get them to safety.” AKP Ardana added. When they were evacuated, one of the victims had lost consciousness.  “Both of them were rescued and brought to the parking area around 2:00pm and then transported by ambulance to the Nusa Penida Clinic III to seek medical attention.” Ardana concluded. 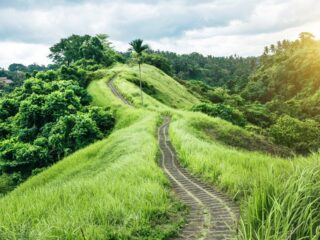 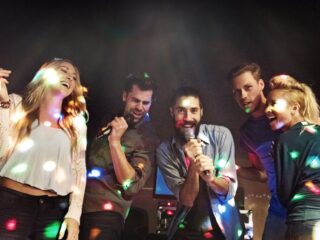 Next
Two Karaoke Businesses In Denpasar Fined For Secretly Operating During The Emergency Partial Lockdown
Click here to cancel reply.