Two cantilever villages in Nusa Dua, Jimbaran and Benoa are still considered as red zone areas due to their high Covid-19 numbers.

As the area that was appointed by the central government to be a Covid free area, Nusa Dua is at the preparation stages of making its environment safer to be visited by international tourists when the border reopens in near future. The Head of Badung Health Agency, Dr. I Ketut Gunarta said that government officials are optimizing their resources to turn the southern part of Bali into a green zone area.

“According to the Ministry of Home Affairs’ Instruction Number 03 Year 2021 about the implementation of Community Based Partial Lockdowns, an area will be considered as a red zone area if its daily Covid-19 transmissions are more than 10 people per day.” Dr. Gunarta said. He claimed that the numbers are still actually considered low in comparison with the total number of the residents in those two villages. Gunarta said that Covid-19 vaccine distribution is the most effective way to reduce the transmission of the virus.

“We’re now focusing on distributing the Covid vaccine and doing inspections in several public places to assure that everyone is complying with the prevention protocols.” Dr. Gunarta added. Meanwhile the Head of Badung Public Civil Service, IGAK Suryanegara claimed that the current implementation of partial lockdowns are more effective than the previous one. “We’re focused on patrolling the red zone areas and randomly testing people in public areas during our operation.” Suryanegara concluded. 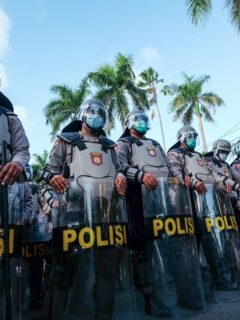 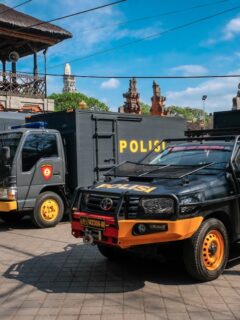 Next
Local Man Who Murdered An Expat Will Possibly Face A Death Sentence
Click here to cancel reply.