Police Arrest Bulgarian National For Breaking Into ATMs in Bali

A 20-year-old man named Ilias Danimil Saif (a.k.a Rehman) from Bulgaria has been arrested for breaking and skimming ATMs in Bali.

The Director of Criminal Investigation Bureau from Bali Police Department, Kombes Pol Djuhandani Rahardjo Puro said that the suspect was finally arrested at Rose Guest House that is located on Jalan Batu Bolong, Canggu on Friday (26/3). “After a long process of investigation, the suspect was finally arrested at a guest house in Canggu area,” said Puro on Monday (29/3).

Previously, the investigation began over a report that was filed by a bank located in South Kuta about broken ATM machines during the Day of Silence celebration as the Bali Sun previously reported.

“According to our interrogation with the suspect, Ilias admitted that he has committed the crime in four different locations such as South Kuta area, Canggu area, Seririt area, and in Lombok, West Nusa Tenggara” Kombes Pol Puro added.

Puro also explained that the suspect was once jailed for the same case back in his home country, Bulgaria. “The suspect has been staying in Bali for a month, but he’s constantly moving around. He also admitted that he used a crowbar to break into the ATM machines, causing the bank to lose around USD 6,257 (IDR 90 million) from the incidents,” Puro concluded.

Apart from breaking the ATM machines, he also managed to get around USD 7,000 (IDR 100 million) from skimming his victims’ cards using a device to copy data from those cards. Ilias is now being detained while waiting for his trial at the courthouse before receiving his sentence for his criminal activities. 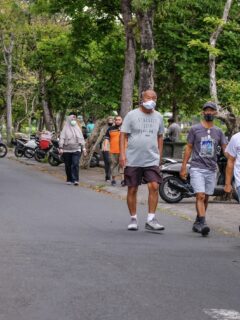 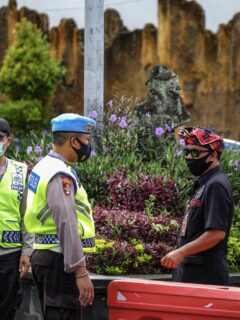 Next
Mentally Unstable Danish Man Is Being Investigated In Bali
Click here to cancel reply.

He should pay double sum as reparation and be kicked out, back to Bulgaria at his own expenses.

Hope he spent the rest of his life in a Balinese jail begging for his release !!

Deport him,this is becoming an easy thing to do in Bali...the government must have no tolerance!!!!