Local vendors at Penimbangan Beach located in Galiran village, Buleleng began to starve as they have become unable to operate due to the implementation of the emergency partial lockdown in Bali.

An official from Galiran village, Jro Putu Anteng confirmed that local vendors who used to operate their small shops on Penimbangan Beach began to complain to authorities as they have no income during the implementation of the emergency partial lockdown that began on July 3rd 2021. “These local vendors became unable to provide for their family since they lost their way of making an income during this partial lockdown.” Anteng said on Monday (5/7).

Officials from Buleleng regional government decided to close the beach from visitors as instructed in the latest decree about the emergency partial lockdown across the island. The lockdown is part of the prevention steps to avoid Covid-19 transmission surges in the Buleleng area. “As far as we know, people are still allowed to open their shops while refusing to accept any dine-in service. But police officers immediately closed down all the vendors on the first day of the implementation.” Anteng added. Anteng admitted that he felt really sorry for the 31 families who had been running small shops on Penimbangan Beach to survive. He also urged Buleleng Regent and the other related institutions to help his residents find a solution to this problem.

Meanwhile Buleleng Regent, Agus Suradnyana explained that Penimbangan Beach was closed because the area is considered a tourist attraction site that might potentially create crowds if it remains open during the partial lockdown. After receiving the complaints from Galiran village, Suradnyana immediately responded by making an appointment with several related institutions, including the Buleleng Covid-19 Handling Task Force to discuss a better plan for the emergency partial lockdown implementation for Galiran village. 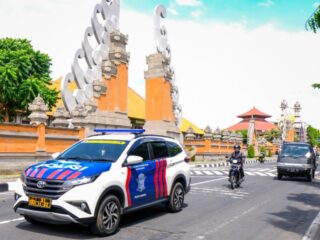 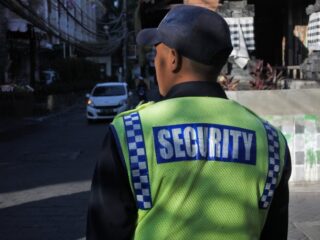 Next
Two Women Arrested After Assaulting A Woman At A Bar In Kuta
Click here to cancel reply.

How many of you have contributed to help the poor locals in Bali? Instead of airing your disagreement or what have you start asking around and contribute for the greater good. There are several humanitarian organizations run by expats and another solely by surfer expats.

This worldwide pandemic and any lockdown ain't gonna go away so live with it. Stop quacking and get yourself a jab in your country of origin. Then maybe the world and notably Bali can reopen again with less restrictions.

Indonesia has already an incentive package of required anti-viral medicines and vitamins needed for those tested positive and are required to stay home without the need of hospitalization. "Ivermectin" is not one of them but anti-viral doses are. The numbers of people in recovery is in the thousands since this delta variant has started. On that note it may hopefully keep the cases stable and death rate lower.

From all the comments on here, Bali right now does not need anti-vaxxers nor people spreading misleading information who are out of touch with the real world.

The US Food and Drug Administration (FDA) has issued guidance warning consumers against using the antiparasitic drug “ivermectin” to treat or prevent COVID-19.

The more people that are unvaccinated or remain unvaccinated, the virus replicates. As it replicates, it mutates, and the more efficient it gets with mutations, that’s where you get variants like delta.

Stop whinning, get a jab then visit Indonesia. Some countries are actually going toward that phase. No vax, no fly. Your choice...

Ah yes, can see the inscription on the headstone

Here lies our beloved who was taken from us too soon from being starved to death but at least they didn't die from Covid-19.

@J West, many businesses are actually owned by Javanese people. However Balinese folks seemed more reliant on Australian tourists who take them for granted. Sad but true. Ask an educated and wordly Balinese person and they can share their honest opinion.

Public kitchens could be a solution as well as food donations from government.

@Wayan Bo, Local and Javanese Beer & Bar Barons. Ubud Land Lease Billionaires, Hotel Owner Royals and Tourism Moguls , Taxi Rip Off Mafia , Mall Owners etc etc etc grew fat and very rich. The Bali wealthy have mansions in Europe after three decades of foreign money falling from the sky they didn’t work for. But to suggest charity from them, to suggest giving something back, to suggest public kitchens feeding the poor who starve now but used to be kitchen staff, no way, the rich give nothing back.