A helicopter that was piloted by an Irish national had an emergency landing in Abang, Karangasem due to bad weather.

The Head of the Abang Police Department, AKP I Kadek Suadnyana confirmed that a helicopter that was piloted by an Irish national named Barry Chamber had an emergency landing at a tourist attraction called Tirta that is located in Purwakerti Village, Karangasem on Sunday morning (18/7). “A helicopter that was transporting three foreign nationals from Canggu decided to have an emergency landing in Abang, Karangasem on Sunday morning around 10:20am.” AKP Suadnyana said.

The helicopter departed from Canggu and was headed to a villa located in Bunutan Village, Abang on Sunday morning. Minutes away from the destination, the pilot was forced to do an emergency landing as the wind started to blow much stronger around the Karangasem area. “As a safety precaution, the pilot decided to land the helicopter.” AKP Suadnyana added. Thankfully, all the crews and passengers landed safely and the pilot reported no damage to the helicopter.

Meanwhile the Village official, I Nengah Karyawan said that the incident caused a crowd to gather in the emergency landing area as they became curious when they saw a helicopter in their area.When Karyawan arrived at the location, he reminded the villagers to carry out physical distancing to prevent creating a cluster of Covid-19 transmissions in that area. He also asked the pilot to show him legal documents of the helicopter. “We didn’t find anything wrong with their documents. This helicopter was actually planned to take tourists to have lunch at a restaurant in this area and then fly back to Canggu in the afternoon.” Karyawan concluded. 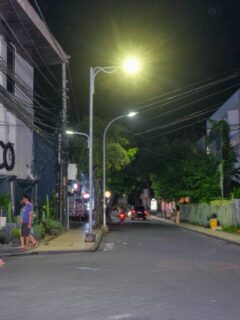 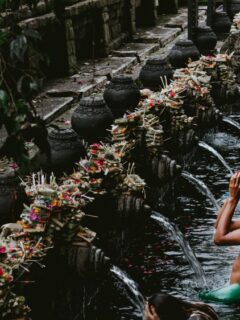 How nice to be shuttled around Bali in a helicopter (whatever rocks your world) while some of the local folks in Bali is having a hard time making ends meet.

Did they distribute helicopter money before emergency landing?