A foreigner had his phone snatched while riding his motorbike on Saturday 21st 2020 at around 1:00 pm causing his bike to crash. CCTV footage of the incident has gone viral on social media. 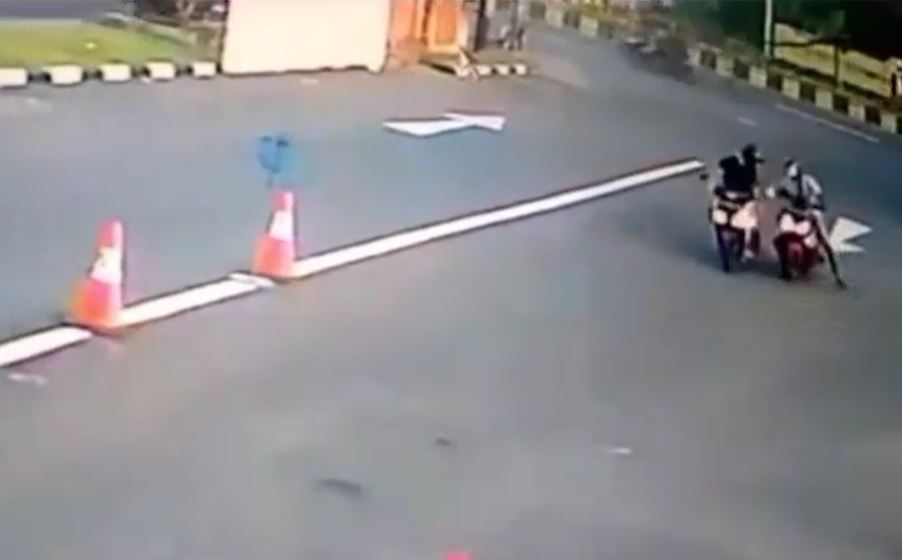 The crime happened at the entrance of Lotte Mart Supermarket on Jalan Bypass Ngurah Rai, South Denpasar. According to the video, the incident  occurred as a foreigner pulled into the parking lot with his motorbike. 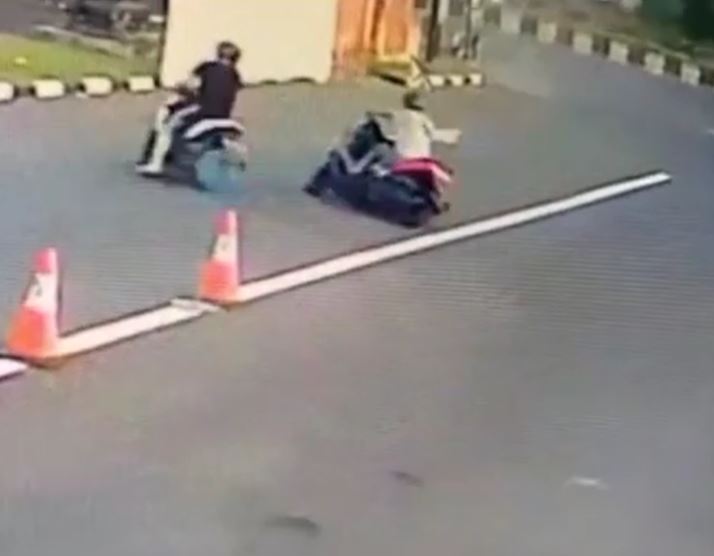 Another motorbike tailgated him and approached the foreigner. When he was close enough the suspect snatched his cellphone from the motorbike’s dashboard.

When the expat realized what happened he tried to turn around to chase the suspect but unfortunately lost his balance and fell from his motorbike. The suspect immediately fled. 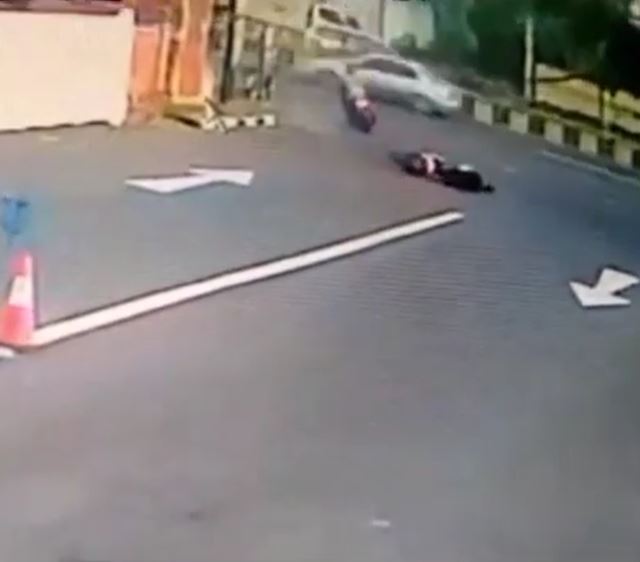 During the robbery, the suspect was able to escape leaving the victim behind on the concrete.

During an interview,The Head of Denpasar Criminal Investigation Bureau, AKP Hadimastika said that he hasn’t received any report regarding the incident. “Despite nobody filing a report to the Police Department, I will still investigate this case further” AKP Hadimastika said in a press conference.

Police are reminding the public to not keep anything of value in their hands or on the dashboard. The safest place to keep all items is in the seat of the motorbike.