A family has lost their home after a large fire broke out in Canggu, Bali.

41-year-old  I Made Agus Yudiarta and his family have lost their home on Jalan Raya Padang Luwih, Canggu North Kuta on Tuesday Oct 6th 2020.

According to the information from Made Agus, the incident happened while he was at his brother’s house across the babysitting. Made said he saw the flames coming from his bedroom window from across the street.

After seeing that his house was on fire, Made Agus has immediately shouted for help to his neighbors and called the fire department.

“We’ve tried to extinguish the fire, but the wind made the fire spread very fast” Made said.

Another witness who is Made’s neighbor said that he was sleeping when the incident happened but was awoken by people shouting.

“I was panic, but I immediately went to Made’s house to save the valuable things in there” the neighbor said.

Due to the large fire, everybody had stopped trying to save the valuable as the fire had grown to large.

“We suspect that the incident was caused by mosquito repellent coils that Made had put under his bed” the neighbor told reporters on the scene. The fire was extinguished 20 minutes after the firefighters arrived. 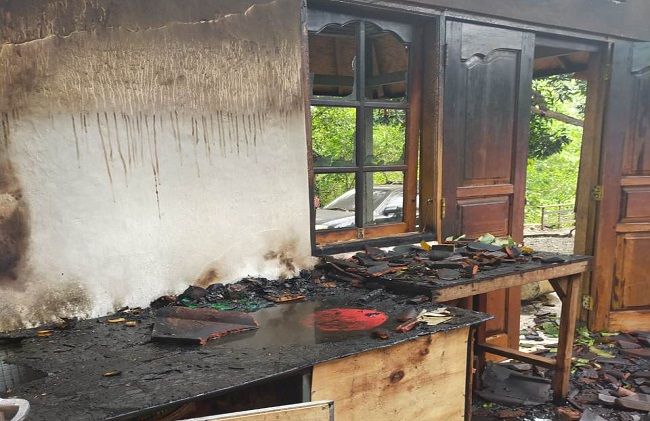 Head of North Kuta Police Department, Kompol Marzel Doni has said that he will investigate to find the cause of the fire.

“We’ve collected some information from witnesses and will come up with the details later after further investigation” Kompol Marzel said.