Heavy rains caused landslides on hilly areas in Bali over the weekend. A family in Rendang, Karangasem was buried under the mud one of the landslides on Saturday Oct 10th 2020.

Head of Rendang Police Department, Kompol Made Sudartawan said that the landslide that happened in his territory caused the death to a 86-year-old woman named Wayan Beji a.k.a Grandma Windya after being buried under the mud and materials of her house.

57-year-old, I Ketut Misi was also there during the incident and suffered serious injuries but did survive. 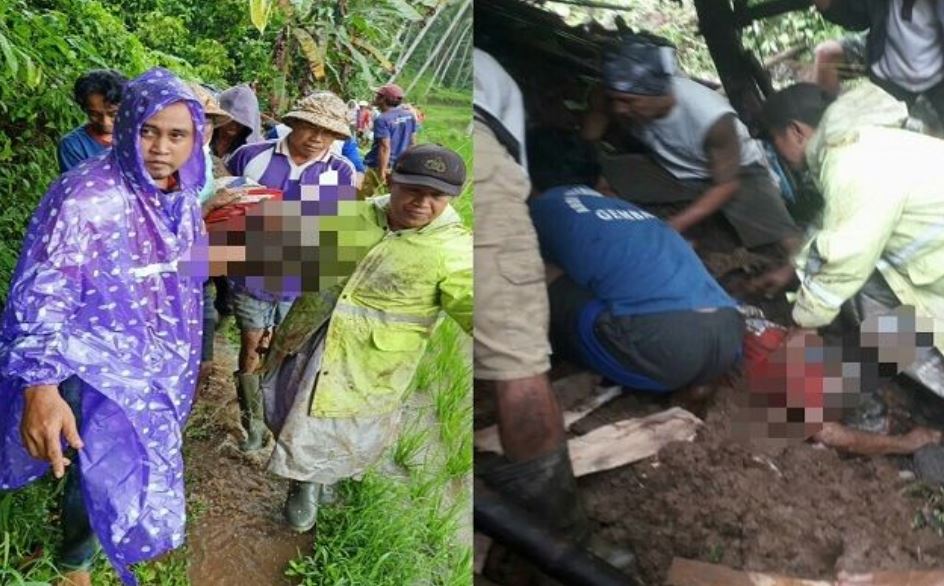 Sudartawan explained that the high intensity of the rain  made the unstable ground near where Grandma Windya collapsed and hit the wall at of the kitchen area. Windya was sleeping in his bedroom.

According to the Grandson, I Wayan Sudiawan, he said that he was shocked after knowing his grandmother’s house had been completely destroyed and buried two of his family members inside. “Thankfully all the neighbors immediately evacuated them right after the incident

When they were being evacuated, Windya was unconscious so locals brought her to the safe place and tried to revive her but it was too late. The doctor from the clinic came and checked her condition. She died at the scene.

The Ketut Misi was found, he was rushed to Rendang Clinic due a serious leg injury that he suffered in the accident.

Meanwhile in Telagawaja which is also still within Karangasem area, a landslide caused a road closure since Friday, Oct 9th 2020.

The access to Besakih Mother Temple was closed all night and officers from Karangasem Disaster Management Office began the clean up on Saturday morning Oct 10th 2020.

“The trees have fallen at 11.00pm  and the landslide happened at 04.00am, two motorbikes have been buried under the materials but thankfully no one was injured from this incident” said Head of Karangasem Disaster Management Office, IB Ketut Arimbawa. 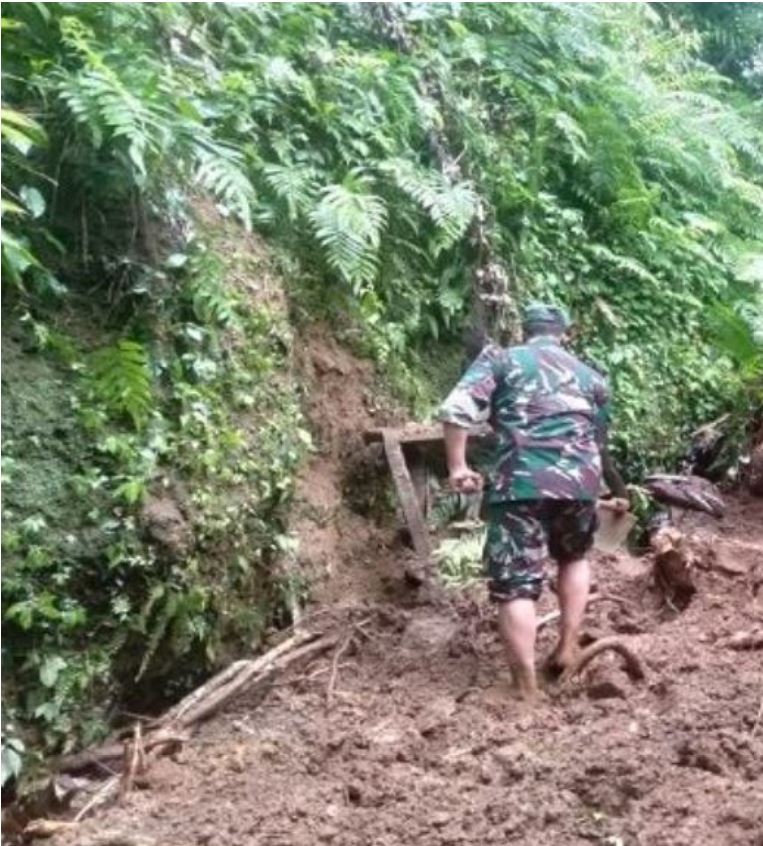