One of the hotel workers in Tejakula, Buleleng has drowned in the hotel’s swimming pool during his shift on Thursday (9/9).

The Head of the Tejakula Police Department, AKP Ida Bagus Astawa confirmed that a 34-year-old man has died after drowning in a swimming pool at the Amanda Hotel where he has been working. The hotel is located in Sambirenteng village, Tejakula Buleleng. “The incident occurred during the victim’s shift at the Amanda Hotel on Thursday morning” AKP Astawa said.

Prior to the incident, the man who has been working as an engineer and pool Attendant at that hotel arrived and began his work to inspect the swimming pool as normal. Minutes later, the victim’s co-workers spotted a body that was at the bottom of the deep end of the swimming pool. Shortly after, they managed to evacuate the body and attempted to revive him.

After that, they called the medical team from the Tejakula 1 Clinic and an officer from Tejakula police department to check the victim’s condition. “According to the investigation, we didn’t find any wounds from physical injury on his body, and the doctor said that he was dead for approximately 4 hours.” AKP Astawa added. Meanwhile the victim’s family explained that the victim had been suffering with seizures due to an accident that occurred to the victim. “The incident was allegedly caused by seizures that he had been suffering with when he was inspecting the swimming pool.” AKP Astawa concluded. The body was transported to the victim’s house before starting the funeral procession by the family. 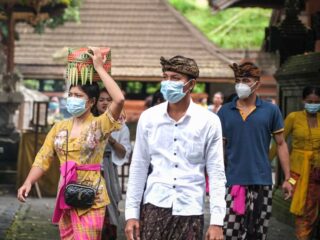 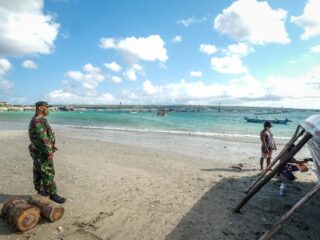 Next
A Domestic Tourist Is Missing After Swimming At A Beach In Bali
Click here to cancel reply.