Denpasar officials have prepared to utilize the PeduliLindungi tracing app at the Badung traditional fresh markets in the near future.

Denpasar Mayor, IGN Jaya Negara confirmed that the city government has been preparing to implement a new operating procedure at traditional fresh markets in his area by utilizing the PeduliLindungi tracing app. “Badung fresh market is one of the traditional markets in Indonesia that will utilize the PeduliLindungi tracing app as the pilot project.” Jaya Negara said during an inspection on Saturday afternoon (25/9).

During his inspection, Jaya Negara was also accompanied by the Minister of Trade, M. Lutfi who was grateful that the central government has given maximum support to recover both the economy and health in Bali. Each Badung market visitor will be required to show proof of their Covid-19 vaccine certificate by scanning the QR code with the PeduliLindungi app on their cellphone in order to gain access into the market once the policy is fully implemented.“This implementation was initiated to ensure the safety of both vendors and visitors of the market as we have to start adapting to live with Covid-19 in the future.” Jaya Negara added.

According to data from the Bali Trada Agency as of September 21st 2021, all traditional market vendors along with their family members have already received their full Covid-19 vaccination. “Both vaccination and implementation of prevention protocols were properly put in place in our traditional markets in Denpasar, so we hope this will inspire other regions so our economic and health issues can recover as soon as possible.” Jaya Negara concluded. 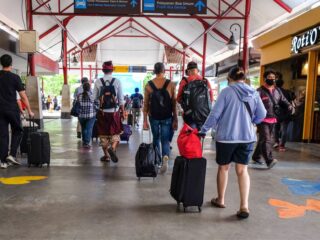 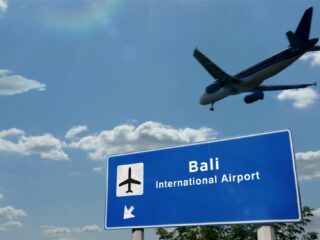 ha..ha.. the smartphones are indeed smarter than government officials, and it application is also even caring and more protective.. wk..wk

What if some people doesn't have smart phone? What they can use to get in to the Market? Would be very sad for some community🥲

I hope that Bali as soon as possible open for turist from the Netherlands(Holland).

What’s with persons who don’t have or can’t use smart phones.

Yeah great idea because the urban poor that primarily use traditional markets are all tech savvy to download Apps and all own expensive smart phones.

@Rich, don't generalize something you do not know of. Low income people are actually tech savvy in Indonesia and use the phones to connect with others since they may not have the luxury to own a laptop or an ipad notebook.

Many have to use the particular health and tracing app to enter a "mercado", a traditional market place these days.

Indonesia may be more advance with their communication devices and applications. But the internet speed could be way way better from experience.