An Inmate Has Escaped From The Bali Kerobokan Prison

The Kerobokan Prison has announced that an inmate who has been identified as I Gede Loka Jaya has managed to escape.

Soebing explained that authorities are still investigating the way Loka Jaya escaped from the facility that night without anybody noticing. The Warden has created several special teams to find the escaped prisoner by collecting information from security cameras and from other inmates inside the Kerobokan Prison. Apart from prison officers, Soebing also teamed up with the Badung Police Department to help with the mission.

The inmate is 5’5” in height with short hair and was sentenced with 3.5 years imprisonment for committing crimes in Bali. “From a total of 3.5 years jail time, Loka Jaya had been in prison for 1 year prior to his escape.
Meanwhile, we’re still trying to figure out whether he climbed up the wall or got out through the sewer.” Soebing concluded. 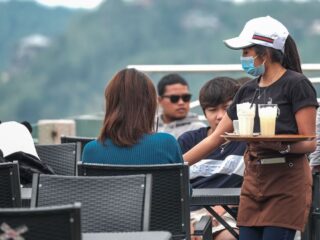 Next
30% Of Bali Tourism Workers Are Expected To Start Working Again Once The Border Reopens
Click here to cancel reply.