A video of an expat who has been buying caged birds to release them has gone viral on social media.

One of the bird shops that is located in the Ubud area has been regularly visited by a foregin national who  bought dozens of birds in order to release them in the wild. The act of kindness that was done by an unidentified man received many compliments from people as it went viral on social media recently. A witness, Gede Budarsana who noticed what the mystery man was up to and decided to record what he saw and uploaded it on social media on Monday (16/8).

When Budarsana asked about his name, the expat said “I have no name” as he let dozens of birds fly from their cages. During the 4 minute video, many people around the bird shop watched him, and shouted when he released those birds. He even told one of the by-standers who managed to catch one of his birds to release it back in the wild. “This man has been visiting this shop once a week to buy these birds and release them, as they actually belong in the wild, not in cages. May all the creatures live in happiness.” Budarsana said in the video.

This activity is very unusual for most people in Indonesia as many people tend to keep the beautiful birds in cages rather than letting them live freely in the wild. Apart from collection purposes, many also compete with their birds in tournaments to determine things like who has the best looks and the best chirps. 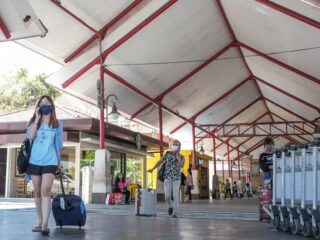 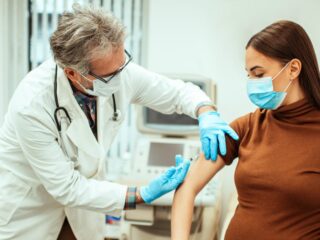 He bought the birds and set them free. His spiritual choice in Bali.

According to the CDC, recent estimates show that over 5 million housolds in the US have pet birds. Feathered pets like parrots can bring additional joy to the family household. Bird owners should be aware that birds could also carry germs and make people sick. Oh well...

I used to do this surreptitiously, at night when people were asleep, including in Bali. Caging bird is just wrong.

Bali has long been the dumping ground and last refuge for burned out western space cadets who skirt the mental health system of their homelands. Dr. Carl Jung did extensive work on this subject. You can imagine the “unnamed subject” breaking into a chicken coop in Hampstead and liberating the ‘prisoners’.

@J West, how is that breaking in? He purchased the birds, paid for them, and it's up to do what he does with them - he could have made satay out of them, but chose to set them free.

believe it or not, some will hunt those birds back to be recaptured

It's extremely heartbreaking to see birds in cages. Even more so when you see birds shot by young,healthy men. I saw a Balinese shoot a monkey for beer money. I have no idea why the respect for nature does not seem to exist.