A Truck Plunged Into A River Causing Severe Injuries And Death

A truck which was driven by a local man named Marten Dalo from East Nusa Tenggara has plunged into a river on Jalan Bypass Ida Bagus Mantra, Takmung Village on Wednesday afternoon (21/4).

The Head of the Klungkung Traffic Officer, Ipda Ida Bagus Ketut Wardana confirmed that the incident occured when the truck that was transporting 7 people lost control when one of its tires blew out around 1:15pm. “The truck was coming from the east side that afternoon, but then suddenly plunged into the river after the driver lost his control over the vehicle.” Ipda Wardana said.

Wardana explained that the front left tire blew out right before they reached the bridge in Takmung Village which caused the vehicle to hit the road barrier. Despite hitting the road barrier, it didn’t stop the truck from plunging into the river along with it’s seven passengers. “The truck plunged from 15 meters high, causing one of the front seat passengers named Benjamin Ama Kura (aged 25) to lose his life due to a severe head injury.” Ipda Wardana added.

Meanwhile the other 6 passengers including the driver were rushed to the nearest hospital to receive medical attention. The incident occured when they were on the way to a construction site where they have been working that is located only a few meters from the river. The Public Relation of Klungkung Public Hospital, I Gusti Putu Widiyasa explained that among all the victims, 1 of them died and 2 of them are still in a critical condition. 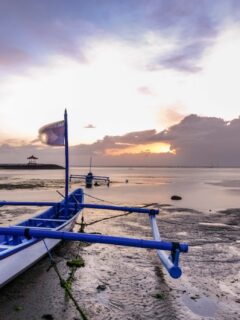 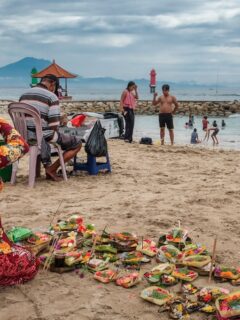 Next
Bali Officials Confirm That Bali Is Ready To Receive International Tourist This Year
Click here to cancel reply.

Don’t drink and drive, or don’t be tired and drive.

Very sad, the amount of trucks on the Bypass Highway is at a dangerous level. 2 yrs ago a 21yr old truck driver from Lombok fell asleep at the wheel (S&B trucks) and crashed into the back of my car that was slowing down for a red light. If my car had been stationary there would have been serious injury as the truck was still moving in top gear while my car was slowing down. The rear of my car had Rp20 million damage done to it and the truck company lied about accepting responsibility for the damages. The driver admitted to falling asleep at the wheel due to being pushed to drive all night by his employer.