Ulundanu Beratan Temple is one of the most iconic tourist attractions in Bali and they are currently unable to pay their employees salaries due to the emergency partial lockdown.

The Manager of the Ulundanu Beratan Temple, I Wayan Mustika confirmed that management has become unable to cover their overhead costs since the emergency partial lockdown was implemented in the beginning of July 2021. “We were obviously affected by this policy, especially since the government decided to extend the lockdown until the 9th of August 2021, we can’t even pay our employees salaries to maintain our garden and facilities.” Mustika said on Tuesday (3/8).

However, Mustika proposed to the government to allow the tourist attraction to operate with strict prevention protocols in place. “I urge the government to reactivate our economic activity here. However, it’s nearly impossible to create a big crowd inside this area which has a total capacity of 6,000 visitors while operating.” Mustika concluded. Meanwhile the Marketing of the Tanahlot Temple, Kadek Suarniti also confirmed that she has also been struggling to cover their expenses such as electricity, water and maintenance costs. “It’s hard to predict whether the government will revoke this policy sooner or later, we can only comply with the government’s instruction by closing our place from operating. Honestly, we don’t really know how long we can survive with this situation.” Suarniti said. 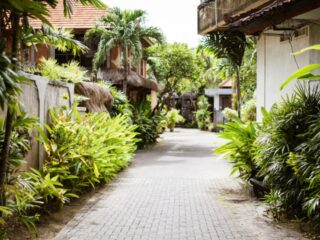 Back to payment management from pre touristic era.

It is time you replaced your leaders there before they destroy the wonderful people of Bali and the country too. They should be distributing Ivermectin free to all the people and within a month you could be opened back up. Shame on the politicians for destroying lives.