An American national, Grace Wei Huang (49) has been found dead on Bingin Beach, Pecatu on Wednesday morning (24/2). The Head of South Kuta Police Department, Kompol Yusak Agustinus Sooai said that the body was found by a group of local fishermen that morning.

“A group of local people found the body on the sand at the bottom of Bingin Beach cliff, they thought it was a doll at first, but when they came closer they realized that it was a human body,” Kompol Yusak said on Thursday (25/2).

Yusak explained that Grace was originally from California, U.S. and been staying in a villa called Le Cliff, Labuansait Pecatu.

“She was wearing a red dress when the body was found yesterday morning at 6:30 am by the people who were fishing in that location,” Kompol Yusak added.

Upon discovering the body, one of the fishermen decided to call his parents to tell them what they had just found. The concerned parents immediately called officials from the village and Badung Balawista.

A few minutes later, officers from Badung Regional Disaster Management (BPBD) arrived at the location to retrieve the body from the bottom of the cliff. Officers were unable to identify the body as there was no ID.

“After collecting information from nearby residents, we finally found her identity. But now we’re still investigating the cause of the incident, for now, we’re assuming that she had fallen from the cliff while walking,” Kompol Yusak concluded. 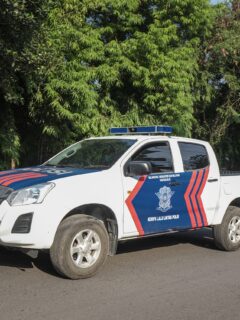 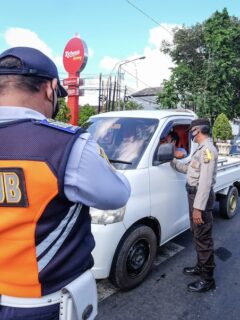 Next
Bali Expats To Face US $100 Fine And Deportation For Purposely Violating Health Protocols
Click here to cancel reply.

It does not matter where one may come from; visitors or long term residents still lack that Cultural awareness of a place. One has to be born in the community to know its roots and culture be it anywhere in the world. The best thing that anyone can do is to respect with one another and not to compare each situation you face with where you come from.

@Randy, I honestly have no clue why you pointed any of that out? When someone dies, it is best just leave it as RIP rather than this BS about culture and such. WHO CARES ABOUT CULTURE when there is a body found. Local or not, RIP!

@EZ Tiger, That first part of the cultural awareness should have been posted where that tourist posed naked on an elephant. Who knows what went wrong there.

And what happened to Grace is a sad tragic accident.

Now back to my point of view of cultural awareness you took it out of context. Residents or tourists may still lack the cultural awareness of the host country. There is nothing biased about it. People tend to stick around with the same circle abroad. They may disrespect the culture because its different other than their own. Therefore they tend impose their own ways to make them more superior over others with disregard to their feelings. Let's not beat around the bush...it happens. And it's disappointing at the same time when others do not take any patience to communicate with civility. Believe me I have seen each possible scenario.

@Randy, it is very interesting that your condolences are an afterthought. May Grace, indeed RIP. As for your initial comment, with all due respect, you have no idea what you are talking about. What a completely nonsensical comment and one of the many reason xenophobic areas and communities tend to be backward when compared to multi-cultural ones. So someone born outside a community can never understand or be completely immersed in its culture? What about the culture that person brings with them. In your mind does it add or take away from that local culture? What about someone who is born in a community? Does that mean that person will automatically know everything about that culture even if they move away from there?

@Randy,However on another note, its tragic for what has happened to her. RIP.

On behalf of all Permanent Residents such as myself I apologise to all Covid prevention officers who have had to deal with such unwanted visitors to Bali.

I ask all locals to know that the majority of foreigners living here have only one desire and that is to fit in with them and their communities and to help them especially as such a difficult time in history now being experienced .

@Neil Gill, how do you know the individual didn't comply with local or national rules. Stop being so judgmental. How about be KIND and wish the victim RIP? Who cares where you have lived and where you have traveled if you are unkind. Be kind!

@BaliRob, someone died and this is all you have to say? How about RIP? How about that?

@Neil Gill, please see my reply to @BaliRob. 1. How do you know that Grace was not complying with Bali & National rules? 2. Thank goodness they don't just send uneducated permanent residents packing, otherwise 'thoughs' like you may be sent packing quickly.

@BaliRob, Grace was a friend of ours and along with her huge circle of friends, we mourn her tragic death. Do you know the exact conditions of Grace entering Bali? Do you know that Grace had businesses in Bali and as such she may have been allowed to travel to Bali? You don't, but instead you assume that she must have been in the wrong by entering Bali in the first place, thereby insinuating that her death was somehow deserved? I also cannot imagine that if she were not allowed to enter Bali that the authorities would have not have stopped her from entering. So you may want to check yourself before spewing this nonsense online. Are Permanent Residences really that frightened of backlash from locals that they have to push other visitors under the bus to protect themselves?

I totally agree, I have lived and been travelling here for over 30 years and thoughs that do not wabt to comply with both Bali and National rules, send them packing and quickly.